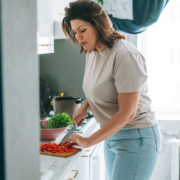 In Episode 3 of the Fertility Journeys Podcast, Dr. Shala is joined by Dr. Vivian Chen. Dr. Chen is a UK doctor with over  15 years of clinical experience.  She’s board-certified in the UK in both internal medicine and family practice.    Here in the US, she coaches clients back to health virtually, helping them to identify root causes of illness and implement lifestyle solutions to heal.

Here are some of the highlights of the discussion between Dr. Shala & Dr. Vivian:

This episode also features an easy-to-implement breathing technique, 4-7-8 breathing that can be so helpful for managing stress or taking a quick mental break.

I hope you will listen to this episode and share it with any family, friends, or colleagues who might find it interesting.  You can listen to the podcast HERE. 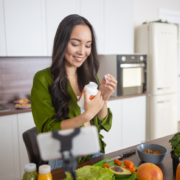 Nothing beats getting all your necessary vitamins and minerals from a diet rich in nourishing, whole foods. But unfortunately, it’s just not always possible to achieve this with our modern diets. One day you’ll knock it out of the park with healthy fats, but neglect to eat enough calcium. The next day you cover your calcium and magnesium bases, but hardly get any zinc.

This is the reason you may want to include supplements as a part of your daily life. Though we shouldn’t rely on supplements to give us all the nutrients we need and neglect our eating habits, including some of the best supplements for fertility can help.

When you’re trying to conceive, one of the most important supplements to include in your routine is a prenatal vitamin. It takes an egg about three months to complete its journey to ovulation. So the nutrients you take in today are actually playing a huge role in healthy egg development and production months down the road!

Not all prenatals are the same, though. Be sure to read labels, and select a prenatal without artificial flavors, dyes, and hydrogenated oils. A lot of supplements on the market are coated with phthalates, which can disrupt your endocrine system in powerful ways.

Look for a prenatal that contains vitamin B12, choline, iron, calcium, selenium, zinc, iodine, and biotin. It should also offer vitamin A, most of which comes from beta carotene. Finally, be sure the brand of prenatal vitamin that you choose contains methylfolate rather than folic acid. Though most prenatals contain folic acid, methylfolate is the more bioavailable, readily-absorbed form. This is especially important if you have an MTHFR (methylenetetrahydrofolate reductase) gene variant.

A lot of the prenatals available at the grocery store contain vitamin D and DHA. These nutrients are both vital during pregnancy and preconception, but prenatals usually contain very little of either of these. Look for separate vitamin D and DHA supplements!

A vast majority of people in the Western world have low vitamin D levels, despite all the “vitamin D fortified” foods we ingest. This is primarily due to the lack of sunshine that we get, since we spend most of our hours inside. And it’s pretty common for women with PCOS to have very low levels of vitamin D.

Vitamin D is fat-soluble, and it has hormone functionality. It’s actually a vitamin that your body produces in response to sun exposure and foods like eggs, liver, and fatty fish.

It’s incredibly difficult to get enough vitamin D from foods alone. In addition to adding a vitamin D supplement, though, aim to spend at least 20 minutes in direct sunlight every day to encourage vitamin D production. Know your skin type, though, and use caution if you tend to burn easily!

The research surrounding fertility rates and vitamin D levels is a bit mixed. One study concluded that vitamin D deficiency was associated with lower success rates of in-vitro fertilization in non-hispanic White women. But other data don’t show any increase in conception or live birth with vitamin D supplementation.

Levels of vitamin D can be lower due to inflammation, which could possibly be the reason we see lower levels in women with PCOS. Several small studies have suggested that vitamin D supplementation may help regulate the menstrual cycle in PCOS patients. More study is needed in this area, though.

Women with a vitamin D deficiency may also be at increased risk of gestational diabetes, preeclampsia, and premature birth.

There’s some evidence that males who supplement with vitamin D can have improved sperm motility. Higher vitamin D levels were associated with a higher chance of one’s partner conceiving.

Coenzyme Q10 is a nutrient that naturally occurs in the body. It’s a powerful antioxidant that has been shown to improve ovulation rates in women using Clomid. CoQ10 can also help to support improved egg quality during IVF cycles..

While we definitely need more human studies on the benefits of CoQ10, it’s considered a safe supplement to take during conception and pregnancy, so most practitioners feel that it is safe and that the possible benefits outweigh the risks.

Myo-inositol is a sugar found in the brain, and it’s part of the group of B-complex vitamins. When studied in women with PCOS, it was shown to decrease insulin resistance and lower levels of serum testosterone. It also improved menstrual irregularities and increased ovulatory frequency!

Pregnancy rates were increased in PCOS patients after they had taken myo-inositol for three to six months. And myo-inositol has also been shown to possibly improve egg quality during IVF. Gestational diabetes levels were also lowered in women who continued supplementing during pregnancy.

Myo-inositol can be a great supplement to consider if you’ve been diagnosed with PCOS!

N-acetylcysteine is a great antioxidant to add to your supplement routine to protect your cells from the stress caused by oxidation. Oxidation can reduce the body’s ability to produce a healthy egg, and antioxidants can help fight this oxidative process. This is especially helpful to your egg cells!

N-acetylcysteine might also benefit women with PCOS by reducing their testosterone and insulin levels. It’s possible that N-acetylcysteine and myo-inositol could be an option for women who can’t tolerate the side effects of Metformin.

Don’t forget to discuss this with your care provider!

When we talk about supplementation, it’s important to remember that each case is different. Your unique history and medical issues may make any of these supplements inadvisable in your case. Be sure to discuss the advisability of adding these supplements to your routine with your fertility doctor.

Dr. Salem is extremely knowledgeable about the benefits and drawbacks of various vitamins and mineral supplements during fertility treatments, conception, and pregnancy. Request a consultation with her to discuss which of these supplements could benefit you! 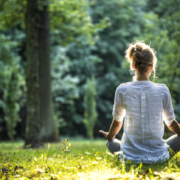 The experience of trying to conceive and the infertility journey can be emotional. Some emotions are positive as you look forward to adding to your family, yet feelings of stress and anxiety may surface as you wonder when it might happen for you, whether you are trying the right treatments, or worry about finances. Sadness or grief may arise if you have struggled with unsuccessful attempts.

These thoughts can be hard on your body, with increased cortisol levels, depleted vitamin and mineral stores, increased muscle tension.  Mindfulness meditation techniques address these issues.

Mindfulness is defined as paying attention on purpose, in the present moment, without judging. This practice first asks you to quietly focus your mind on your inhale and exhale.  If you try this, you will notice that the mind wanders.  The mind does not want to stay put.  That is normal.  Mindfulness meditation practice simply involves this noticing:  You focus on the breath, you notice the mind wander, and you bring the mind back to the breath.  This noticing is the whole practice.  The moment you notice your mind has wandered, that’s mindfulness.  Noticing what your mind is up to and beginning to retrain it to rest in this moment, not the past or future, is the point.  ​This science-based healing approach has been widely studied and the benefits are well-documented.

Over time, practicing mindfulness meditation slows down the stress response.  We become calmer, able to see life through a mellower lens.  Anxiety is reduced, as is emotional reactivity.  We retrain the habitual pathways of the brain. Positive effects are seen in patients with depression and chronic pain, too.

​Mindfulness also works to reduce our judgments.   Our habit is to react to things as good or bad, often not noticing that most of our experience is neutral.  In practicing mindfulness, we note that things are as they are in this moment, noting that whatever it is, is already here.  We pause.  Instead of reacting, we respond. This simple difference, between reacting and responding, changes your experience of life (and the experience of those around you) significantly.  The pause offers the opportunity to choose what comes next… a space for wisdom to arise.  Moving forward with clarity becomes possible.

Mindfulness-based stress reduction, once developed as a tool, will help you to live moment to moment without the burden of being judged.  This is called a practice because it takes practice to develop this skill.  We are humans with habits.  Emotional habits and thinking habits.  Mindfulness practice moves us out of habit and into present moment awareness of our own life experience.

Incorporating a mindfulness-based stress reduction program into your daily routine may help with stress management, reducing anxiety, mitigating a pain response, increasing self-compassion, and overall wellness during your integrative fertility journey.  A list of resources for mindfulness meditations are included here on our site.​

If you are interested in a consultation to see if integrative techniques can further support your fertility journey, contact me.

This site uses cookies. By continuing to browse the site, you are agreeing to our use of cookies.

We may request cookies to be set on your device. We use cookies to let us know when you visit our websites, how you interact with us, to enrich your user experience, and to customize your relationship with our website.

Click on the different category headings to find out more. You can also change some of your preferences. Note that blocking some types of cookies may impact your experience on our websites and the services we are able to offer.

These cookies are strictly necessary to provide you with services available through our website and to use some of its features.

Because these cookies are strictly necessary to deliver the website, refuseing them will have impact how our site functions. You always can block or delete cookies by changing your browser settings and force blocking all cookies on this website. But this will always prompt you to accept/refuse cookies when revisiting our site.

We fully respect if you want to refuse cookies but to avoid asking you again and again kindly allow us to store a cookie for that. You are free to opt out any time or opt in for other cookies to get a better experience. If you refuse cookies we will remove all set cookies in our domain.

We provide you with a list of stored cookies on your computer in our domain so you can check what we stored. Due to security reasons we are not able to show or modify cookies from other domains. You can check these in your browser security settings.

We also use different external services like Google Webfonts, Google Maps, and external Video providers. Since these providers may collect personal data like your IP address we allow you to block them here. Please be aware that this might heavily reduce the functionality and appearance of our site. Changes will take effect once you reload the page.